Whilst many may remember the Wapping dispute for all the wrong reasons, the newspaper revolution of the 1980s led to the introduction of new technology.  Docklands played a major part in this story, and the West Ferry print site was considered one of the largest print works in Western Europe, when it was built in 1988 on the Isle of Dogs as the manufacturing arm of the Daily Express and Daily Star.

In November 2017, West Ferry continued to push the boundaries, following the investment of a pre-press upgrade, which now offers innovative high-def printing up to 2000 dpi – impressive when standard coldset resolution is 1016-1270dpi.

Printing at high-def on improved paperstock creates a smooth image, with fine detail and lift, making it an ideal option for independent publishers, retailers, brands or businesses that have never considered coldset printing in the past.

Michael Brown, Commercial Director, Reach Printing Services said: “We are delighted to add West Ferry to the RPS network. It adds further strength and capability for our internal and external customers.”

From retailers to councils, estate agents to political parties, Derek works with a wide range of clients with a broad range of printing requirements. In his spare time Derek enjoys spending quality time with his three daughters, following his beloved Manchester United, and indulging in his hobby of amateur radio.

One thing you would take to a desert island 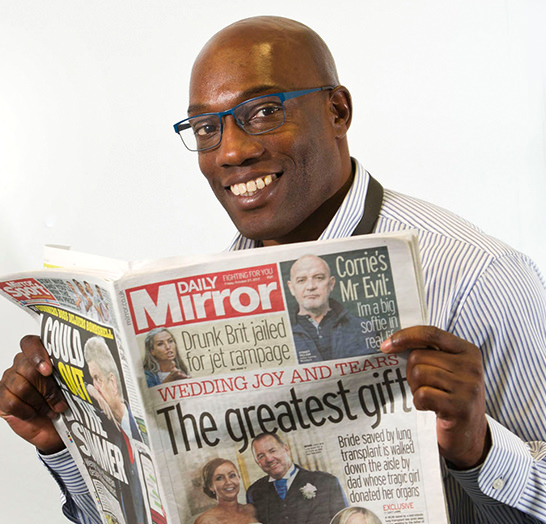